Twitter founder and chief executive Jack Dorsey has announced a shocking decision of rejecting all paid political advertisements on its platform.

According to Dorsey who is a well-known advocate for freedom of expression on twitter revealed the changes in an eleven-tweet thread.

Dorsey explained further that the company took the action to head off potential problems from “machine learning-based optimization of messaging and micro-targeting, unchecked misleading information, and deep fakes.

He also said that the company is recognizing that advertising on social media offers an unfair level of targeting compared to other mediums.

This move which will start on November 22 is set to complement the agreement of the EU’s “code of practice on disinformation,” signed by the company and two other social media giant companies.

Meanwhile, the United States President Donald Trump’s reelection campaign has berated the action and decision to ban all paid political advertisements on its platform.

Twitter bans political ads in yet another attempt by the left to silence Trump and conservatives. Wouldn’t be surprised if @twitter lifted the ban after 2020. 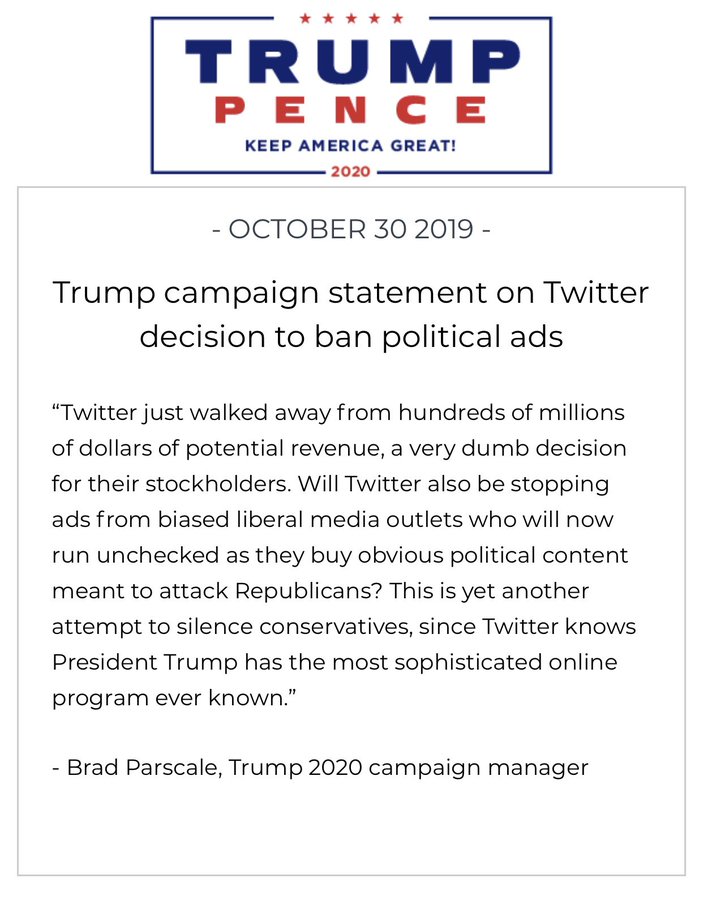 15.8K people are talking about this

In a statement, Trump campaign manager Brad Parscale whined, “Twitter just walked away from hundreds of millions of dollars of potential revenue, a very dumb decision for their stockholders.

Bola Tinubu Shows Off His Dance Moves Inside His Mansion (Video)

Bola Tinubu has been spotted inside his mansio
Read More